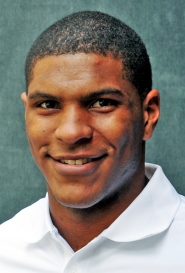 Two-time Pro Bowl tight end Julius Thomas, who rose to stardom during his time with the Denver Broncos, is hanging up his pads to pursue a career in psychology.

“While making the decision to no longer play the game is difficult, I’m also incredibly excited about what’s next: Studying therapy and becoming well trained in it so that I can help people heal from their emotional and mental pain,” Thomas wrote.

Thomas, who will go back to school and pursue his doctorate, said he will focus on “investigating the effects of contact sports on brain trauma and neurobehavioral performance” and will participate in research to “identify early warning signs of brain disease.”

Thomas said he felt particularly drawn to the field by the opportunity to contribute research on chronic traumatic encephalopathy (CTE), a neurodegenerative disease  linked to concussions and repetitive head trauma.

“Because of my football career, CTE became a pretty frequent topic of conversation,” Thomas wrote. “Truthfully, it wasn’t something openly discussed a lot while I was playing. There were offhand references, but for the most part, it was something we knew we were at risk for but had no idea what the risk really was. That surprised a lot of people I spoke with. And what I quickly discovered is that there was a ton of brain trauma research that I was completely unaware of, but also a ton of research that still needed to be conducted.