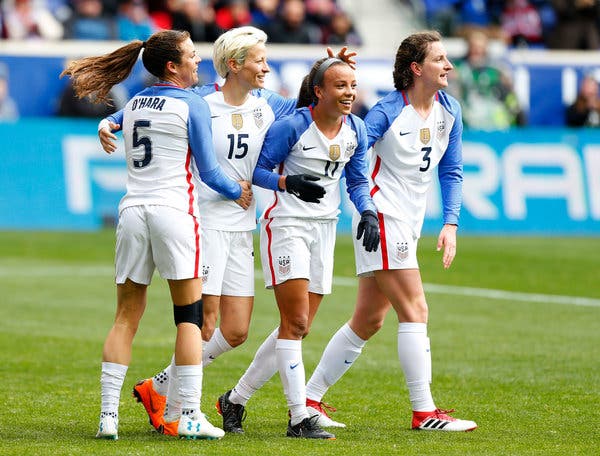 CTE, or chronic traumatic encephalopathy, a degenerative brain disease found in people with a history of repetitive brain trauma. Most of the brains belonged to men. To football players. Less than 5 percent belonged to women.

Yet, we know that female athletes have endured repetitive blows to the head, too. Girls soccer players, in particular, have been found to be about as likely to suffer concussions as boys football players—and three times more likely than boys soccer players. But very little is known about what that means for the future, because researchers are hardly studying the long-term consequences of repetitive hits over time in women.

“They’re definitely still focused on football. They can’t get past football,” says neuropathologist Dr. Ann McKee, the director of the VA-BU-CLF Brain Bank, whose research has been integral to our expanding understanding of CTE. “Women aren’t even on the radar.”
That’s a problem, McKee goes on, because while we don’t have enough research to know how differently head trauma affects women than men over time, we do know that the effect does seem to be different.

Concussions are known to cause emotional distress and other symptoms, such as depression, anger, paranoia and impaired judgment. In 2016, researchers found that concussions significantly increased the long-term risk of suicide among adults.

And hardly anything is known about how CTE might manifest differently in women. Which again is a problem because, according to Dr. McKee, there’s every reason to believe that an accumulation of hits—hits that may not result in immediate, post-concussive symptoms but nonetheless rattle the brain—may have a different and possibly great impact on women. As would differences in injury treatment and management in women’s sports. Biologically, women have thinner, weaker necks, and according to Chris Nowinski, Ph.D., co-founder and CEO of the Concussion Legacy Foundation, that’s been found to make them more susceptible to concussions, though there has been almost no research focusing on the effects of heading exclusively in girls and women’s soccer.

That’s partially because female athletes, in this case soccer players, are just now reaching the ages of 40, 45, 50, the point at which long-term consequences from recurring hits typically would begin to be felt.(bleacherreport.com)

PrevPreviousA TBI Resets a Girl’s Memory to the Same Day, Every Day, (over and over and…) She Hopes for a TBI Recovery and New Memories.
NextBig. Strong. Fast. No Match for A TBI. Rob Gronkowski Retires After 20 Concussions in His Career.Next
Buy Now