Teenage TBI Can Lead To Suicide. 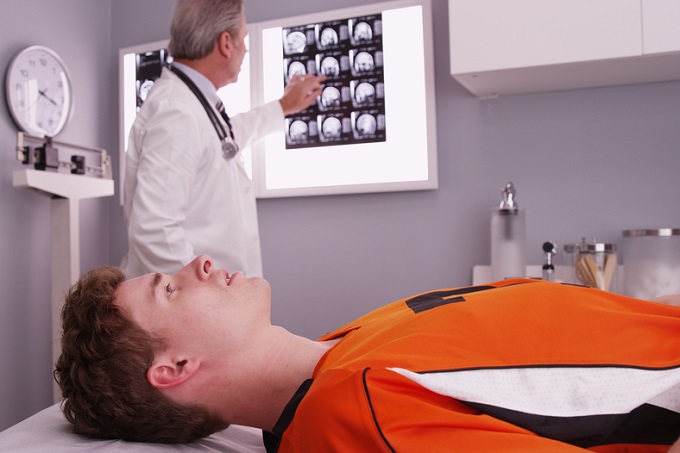 One aspect of whole-body mental health is the relationship between head injuries and suicidal behavior, which has been studied for some time. Researchers at the Suicide Prevention Center in Denmark have conducted a 10-year study and found the incidence of suicidal behavior increases by 75 percent following head injury.

New research reported in the Journal of Affective Disorders revealed that the impact is significantly higher for teenagers and young adults. In the U.S., suicide is the second leading cause of death in teenagers. Typically, psychological issues such as depression, alcohol and substance use are linked to the risk of attempted suicide among teenagers. Now, we must add head injury to the list of risk factors.

The Centers for Disease Control and Prevention reports that 812,000 children aged 17 years and younger sustained a traumatic brain injury in 2014. TBI is any interruption to normal brain function that can be attributed to a jolt to the head, bump, blow or penetrating head injury. TBI can range from “mild,” defined as a brief change in mental status, to “severe,” typically including a period of loss of consciousness or memory following the injury.

Concussion is the most common type of TBI, with 283,000 children in the U.S. seeking medical care due to a sports- or recreational-activity-related injury. Contact sports accounted for 45 percent of those concussions (127,350 children). The CDC ranked the sports most associated with concussions as football, basketball, playground activities and soccer. Boys most often sustained head injuries from football, and girls from playground activities.

Significantly, the risk of TBI is amplified for teenagers because their brains are in a sensitive state required for maturation, plus they are more likely to be involved in sports and other behaviors that expose them to head injury.

Additionally, the research revealed that the age of first suicide attempt was significantly younger in children with a history of TBI, and that the risks are higher for girls and those with more repeated and more severe TBIs.

So what can be done to reduce the suicide risk among children who sustain a head injury? The recommendation by researchers is to focus first and foremost on preventing TBI, and then careful mental health monitoring of children following a TBI. By parents and clinicians being aware of the associated risks of suicide and TBI, a more proactive approach to care, including counseling services, is likely to provide children with better outcomes following a head injury.(losaltosonline.com)

PrevPreviousSchool Is Out! Summer Is In!
NextSummer Is Here For Everyone. Relax While On The Pathway To TBI Recovery.Next
Buy Now