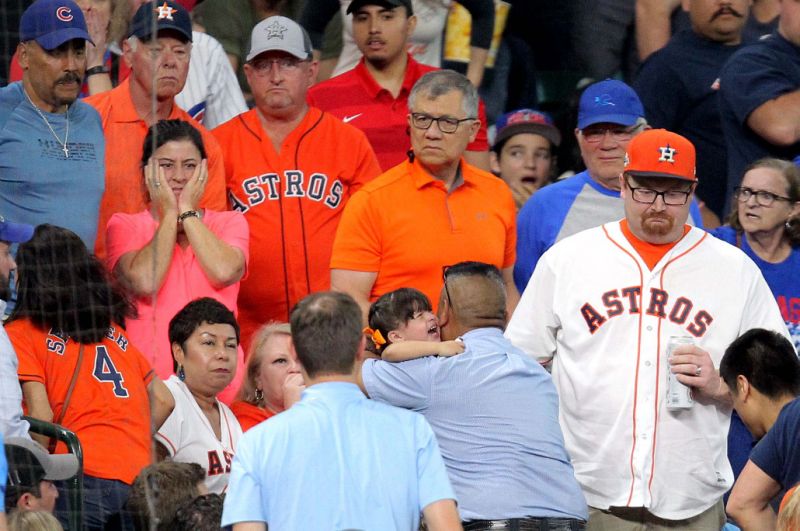 TBI Follow-Up: Toddler Hit by Foul Ball at MLB Game Has a TBI and is in TBI Recovery Protocol. 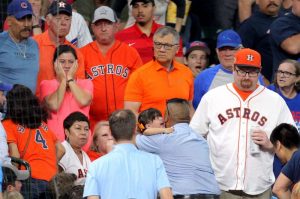 A toddler who was struck in the head by a foul ball at a game between the Houston Astros and Chicago Cubs in May is still being treated for a brain injury that could affect her for the rest of her life, her family’s attorney told The Houston Chronicle.
The two-year-old also reportedly suffered a skull fracture from the ball, hit off the bat of Cubs outfielder Albert Almora at Minute Maid Park. She reportedly still continues to receive anti-seizure medication, with the brain injury’s impact on her central nervous system described by doctors as equivalent to a stroke.

Other symptoms mentioned in the report include staring spells, periods of unresponsiveness, night terrors and frequent headaches. It remains to be seen if she has cognitive deficits from the injury, which reportedly occurred when she was sitting in her grandfather’s lap just beyond the third-base netting in the park’s field-level seats.

The child’s injury was arguably the worst of several incidents that spurred a number of MLB teams to extend their stadiums’ foul-ball netting beyond the dugouts. Among those teams was the Astros, who extended the Minute Maid Park netting far into the outfield in August. MLB commissioner Rob Manfred announced at the winter meetings that all 30 teams will have extended netting for the 2020 season, reaching “substantially beyond the far end of the dugout.”(sports.yahoo.com)