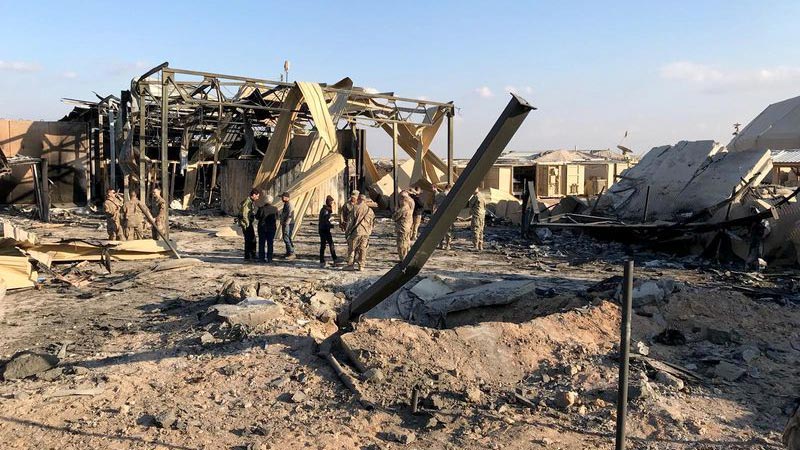 The Pentagon says 14 more U.S. service members have been diagnosed with traumatic brain injury stemming from a Jan. 8 ballistic missiles attack on U.S. troops at Iraqi air bases, raising the total to 64. President Donald Trump said in an address to the nation the morning following the attack that, “no Americans were harmed in last night’s attack by the Iranian regime. We suffered no casualties, all of our soldiers are safe, and only minimal damage was sustained at our military bases.”

Gen. Mark A. Milley, Chairman of the Joint Chiefs of Staff, told reporters Thursday that there were thousands of people at Ain al-Asad air base, one of the Iraqi facilities that came under attack.”All of those people were screened, and we’ve got a certain number, and then the number’s growing,” he said, adding that TBI can take time to manifest itself and that screening is continuing.

The latest figures follow sharp criticism of Trump by William “Doc” Schmitz, commander of the Veterans of Foreign Wars, for saying three weeks ago that he “heard that they (some service members) had headaches and a couple of other things, but I would say, and I can report, it’s not very serious.” Schmitz has called on Trump to apologize for minimizing the troops’ injuries.

“TBI is a serious injury and one that cannot be taken lightly,” Schmitz said in a statement. “TBI is known to cause depression, memory loss, severe headaches, dizziness and fatigue — all injuries that come with both short- and long-term effects.” He called Trump’s comments misguided.”(usatoday.com)