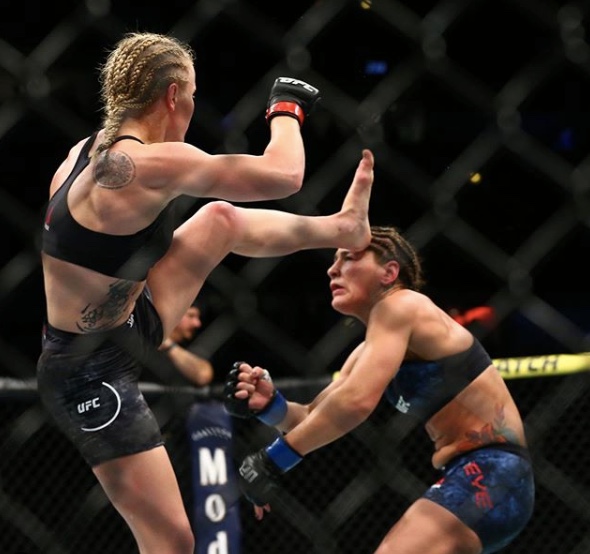 MMA. Do Fighters Truly Understand The Risk? A TBI May Be One Kick of Horrible Force Away, With Perhaps No TBI Recovery Possible. 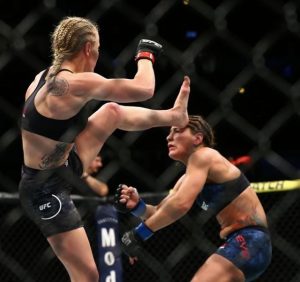 Valentina Shevchenko made the first successful defense of her flyweight title with a thunderous knockout of Jessica Eye at UFC 238 on Saturday in Chicago.

Shevchenko eventually clinched with Eye and took her to the canvas where the fight remained for the better part of the opening frame. Shevchenko maintained top position for most of the remainder of the round, but mounted little damage on the canvas.

That finishing blow came just 26 seconds into the second frame when Shevchenko’s kicks to the body were followed with one perfectly timed kick to the head. That head kick laid Eye flat on her back, arms flopped to her side, completely unconscious.

With the precision of a cold-blooded assassin, Shevchenko landed the kill shot and simply walked away, calm as could be. She remained in her corner waiting for Eye to regain consciousness and then clapped as she did so a couple minutes later.(Sports.Yahoo.com)