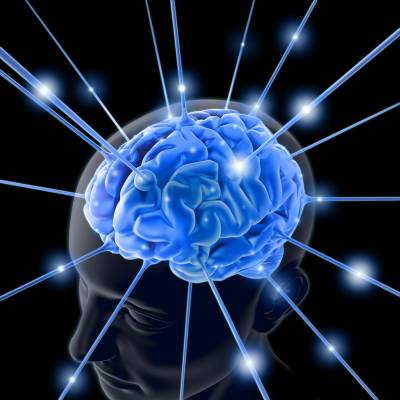 1. The human brain, weighs only about 3lbs. (around 1.5 kg.), makes up just 2% of the body weight and uses around 20% of the body’s oxygen and blood. 75% of the total brain mass is water. 2. It is the fattest organ in the body, contains 100 billion neurons or nerve cells (15 times the total human population on earth) and a trillion glial cells and has around 150,000 miles of blood vessels. 3. The brain processes information as slow as 0.5m/sec to as fast as 120m/sec. The brain can survive without oxygen for 4-6 minutes after which it begins to die. Lack of oxygen for 5-10 minutes can lead to permanent brain damage. 4. Physical exercise is just as important for the brain as it is for the rest of the body. In a recent study published in the annals of internal medicine suggest that exercise can delay the age at which people may get Alzheimer’s disease by more than 30% as it improves and makes more regular the blood flow to the brain. 5. Music triggers activity in the same part of the brain that releases the ‘pleasure chemical’ dopamine during sex and eating. 6. Everyone dreams, even blind people, for at least 1-2 hours and on an average 4-7 dreams each night. Brain waves are more active while you are dreaming than when you are awake. 7. It is a myth that we use only 10% of the brain, in fact every part of the brain has a known function. Also, there is no left/right brain divide-they work together. And No, brain cells do not die whenever you sneeze. (ExaminedExistence.com)